Wow, what a wonderful day we had for our inaugural get-together in Templestowe. The hall was filled to capacity with enthusiasts of appliqué. It was very pleasing to have several ladies who are just beginning their journey with appliqué, along with others who have been converts for much longer.

Our President, Margaret Mew, spoke about the inception of the Guild and explained the aims and ideas the Committee are working towards.

Thank you to everyone for the warm welcome the Committee received on their introduction. It was also lovely to meet up with old friends and make many new ones with several new connections made during the day.

Lots of gorgeous stitching was being done and it is great fun seeing what people are working on. Show and Tell had us all oohing and aahing at the beautiful quilts brought along. It is always very inspiring. Thanks to everyone for sharing them with us. 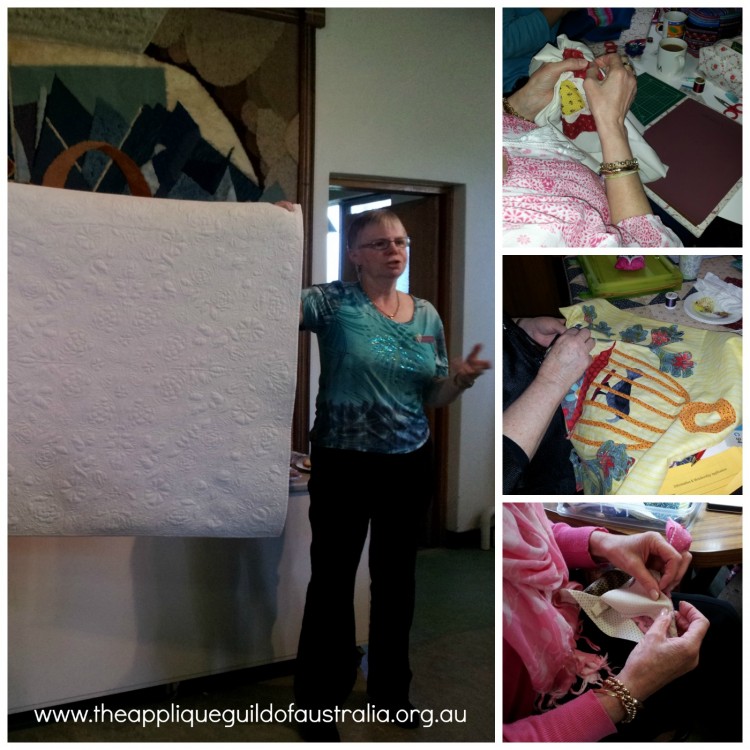 Julie Adamson and some of the lovely work by TAG members.

Thank you also to all who brought along a plate to share. The food table was absolutely crammed with the yummiest morning and afternoon tea.

The 'Last Quilter Standing' had us on tenterhooks waiting to see if Margaret M would draw our ticket out next, which of course meant we were out of the draw for the prize. Congratulations to Margaret P whose ticket was last in the basket and was the winner. But everyone still got a lucky door prize so no one went home empty handed. Thank you to the donors of the prizes, including the two shops in attendance, Somerset Patchwork & Quilting from Mount Waverley and Mill Rose Quilting & Gallery from Ballan.

Julie Adamson, designer, teacher, stitcher extraordinaire and multi award winner, was our guest speaker and she had us all enthralled with the story of her journey into appliqué. Her designs and needlework are very detailed and incredibly finely sewn and the pieces being passed around the room were very much admired. Thank you Julie, it was such a pleasure.

After lunch, Irene spoke more about what the Guild stands for and discussion was held on what the members are looking for. Many of the comments were in sync with our Mission Statement and there were several other very good and relevant suggestions put forward for consideration. The response to the retreat weekend next year was overwhelming! While the Guild was started as a predominately on-line guild, already members are interested in forming chapters, and from these, groups will be able to organise get-togethers in their own regions suits them. After all, the aim is to connect people and create an avenue for meeting up with and enjoying the company of other women (and men) who love appliqué or who want to learn but do not know where to start. 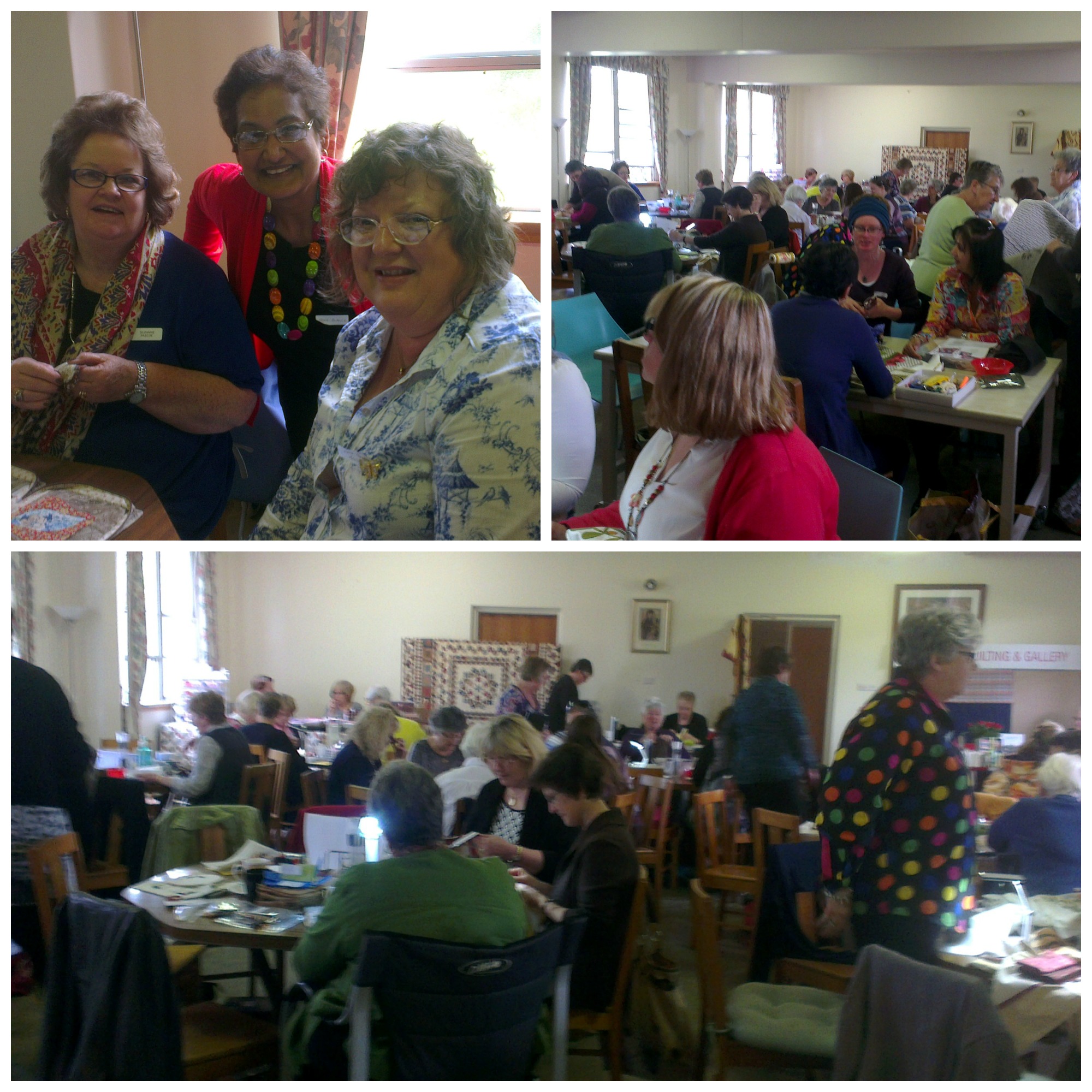 Our next get-together is Saturday, 22nd February 2014 for the AGM. It will be a sit and sew day with only a short time spent on 'official' stuff. Put it in your diary, details of the venue will be available later on.

Happy stitching, whether by hand or machine,
Alison

Filed Under: Out & About

TAG Members will be subscribed by admin.